It was the summer of 96 or better referred to as “The Summer of Hell”. I can’t help but to blame myself; after all, I’ve watched plenty of horror movies to know all the basic rules but even then I ignored the most important one. I was young and curious. So attracted to anything horror. I played with a spirit board by myself and if that wasn’t enough I had chanted spells that I found in a spell book written in another language. Frustrated at what I thought was a complete fail since nothing had happened I continued on with this dangerous combo. A few days had passed and things began to change. I started hearing strange sounds; for each night that went by the evil entity became more aggressive. Some call it Sleep paralysis but I know it was an evil force holding me captive – I can hear the growling in my ear and the voices as it whispers to me; calling out my name. I was terrified! I fought so hard to have just enough courage to open my eyes and then fear would strike again when I would witness with my own eyes a hooded shadow figure by my bed and shadow figures darting in and out of the wall while calling my name. It was getting worse; I can now feel it touching me – it actually touched my foot! It wouldn’t let me sleep and it was as if it was getting stronger. I was so scared; and knowing it was my fault I didn’t want to tell anyone especially my father. All my family had warned me about tampering with spirit boards. I no longer felt safe in my own home and every chance I got I tried to go somewhere hoping that this thing wouldn’t follow me.

I distinctly remember several occasions where the evil had followed me: My Aunt has asked me to stay with her and her family during the week to babysit my little cousin while she worked. I had fallen asleep something had disturbed my sleep. I opened my eyes to the light above me flickering on and off. I immediately left the bedroom and fell asleep on the couch for the rest of the night. Another night I had experienced the same exact thing; but this time as I left the room I heard whispering coming from my cousin’s bedroom which was located right next to the living room. Confused and terrified I started to wonder if it was my cousin that I had been babysitting only to find out later that day he was sleeping with his parents room the entire night.
I knew I had to dispose of the board and when I did I heard a voice later that night say “I will come back”. Eventually we moved and I began feeling safe again. The activity still happens from time to time. I realized later that this “thing” wasn’t a part of the house – I summoned it and it is attached to me. I thought I was losing my mind until one day my older cousin had visited; she also is a believer who has had her own personal experiences. We were exchanging stories of strange events and she distinctly she heard heavy breathing coming from upstairs. We both looked at each and she noticed my dog turn towards the direction of stairs and she heard it too. She had lived there prior to me and stated that she’s never heard that during the time of residency there.

Do you have an interesting ghost story or paranormal experience you’d like to share with us? If so, we would love to have you as a guest poster on our site. For more info and to submit your story, please click here. 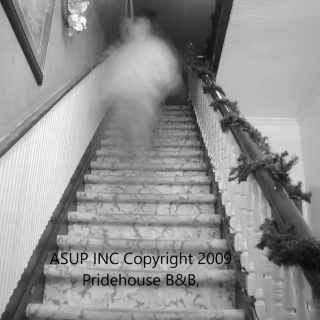 ASUP, Inc. Paranormal Research. We cover all of North Texas and surrounding areas within a 150-mile radius. Proud member of the "TAPS" family. A 501 (c) (3), Non-Profit, tax-exempt Research and Educational Corporation with its headquarters in Carrollton Texas.